Since its beginnings around 1995, the ‘Deafblind Studies’ project has had many supportive partners who have contributed to the development and / or management of the course that’s delivered today. This page acknowledges the valuable contributions made by these partners.

RNIB:  From 1995 until 2013, RNIB was a Board of Partners member contributing greatly to the development of the concept, the materials, the training structures, the financial stability and the management of the programme.

Scottish Qualifications Authority (SQA):  From July 2006 until June 2011, SQA credit rated and levelled the two qualifications to ensure their recognition in Scotland. This important partnership ensured that the Deafblind Studies programme had recognisable academic values across the four countries of the UK. The relationship was kindly extended until 2013 ensuring that students who had begun their studies were able to complete their studies and achieve the associated awards. 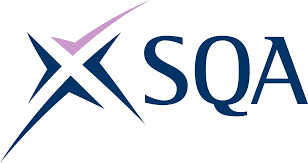 The Open University:  From July 2009 until September 2016 The Open University  was the first academic partner able to offer the Deafblind Studies Programme undergraduate level credit rating which was recognised across the four countries of the UK. The relationship extended until 2017 ensuring that students who studied under the agreement with the University were able to complete their studies and achieve the associated awards.  For credit transfer information in relation to the programme whilst it was credit rated by the OU follow the link here.